1) What kinds of gifts will you give this holiday season? Aside from a camera for my parents, I am aiming to do things that I can buy from local small businesses. I’m not sure how I’ll manage that for my son.

2) What are the best types of presents to give? I like small things - ideally handmade or from a local artisan. Experience gifts (such as tickets to a show) can be nice too, but you need to know the recipient’s schedule, so they are trickier.

3) Have you ever given someone a gift as a surprise? Why did you give the gift? Occasionally. They were usually small things that I thought would amuse them.

4) Have you ever received a gift that you didn’t like? How did you respond? Many times. I just smile sweetly and say thank you.

5) Would you rather give someone a gift or receive a gift? Why? I would rather give. I don’t “need” things and actually have too much stuff. As a result, I am very fussy about what I bring into my house. Besides, I can have fun picking out things I think others will like.

These questions were written by

2) What was your favorite summer food? Tomatoes. I eat them every day (sometimes several times a day) when they are in season.

3) What song will remind you of this summer? I'm not really a person who associates songs with particular times but this has come up often (It's the End of the World as We Know it, done by Great Big Sea): https://youtu.be/F-5oGnvfUEU

4) What was your favorite body of water to be in? I split my time evenly between the Pond in my neighbourhood and the Ottawa River, with friends.

5) What's been your favorite outfit? I have four pairs of linen pants with drawstring waists from Old Navy. I wore one of them almost every day.

Somehow this came up in conversation at the cooks' meeting tonight. I can't imagine what the context was now, but it is pretty darned funny.
https://gallusrostromegalus.tumblr.com/post/169723347468/the-1969-easter-mass-incident

One shoe at a time! Now I just need to know what size each foot is.

This is especially for spikes_girl, who regularly asks what they were thinking. My favourite food blogger tried it, so now we know. 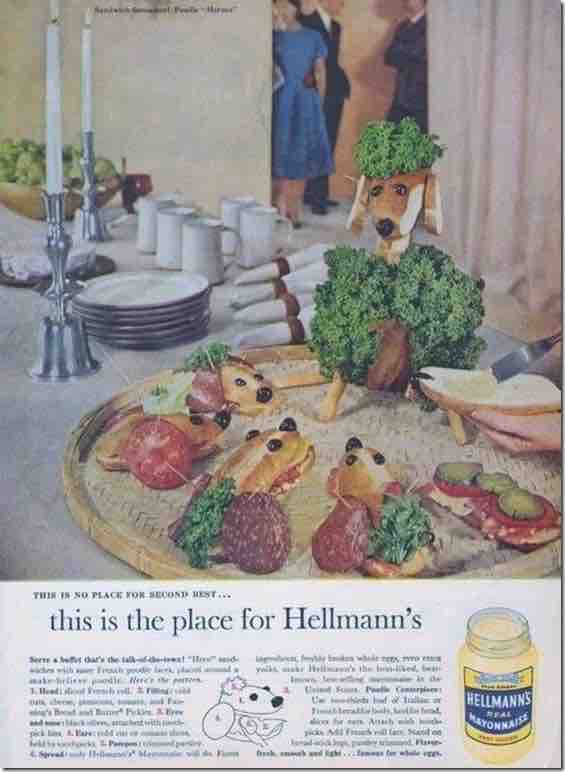 A friend over on FB introduces me to these short films today. I was utterly charmed and wish there were many more. https://www.google.ca/amp/s/news.avclub.com/hobbes-me-brings-a-beloved-comic-strip-to-stylish-lif-1798246596/amp

Summer is here, and with it comes the usual mad challenge of trying to cook “all the things”. My CSA basket is overflowing, so I need to try new things just to keep up. Here is what I did in June:

June 1 - instant pot pulled pork (https://thesaltymarshmallow.com/instant-pot-pulled-pork). Could have been a bit more tender and I like longer shreds, but the flavour was excellent (I used my Kickin’ Barbecue Sauce so of course it was)

June 4 - Switchel - https://www.simplyrecipes.com/recipes/how_to_make_ginger_switchel/, this version was a little easier to make and has a nice flavour

June 13 - Wasabi mashed potatoes (from Great Canadian Cuisine), with a salmon and sorrel recipe vaguely inspired by this: https://www.thekitchn.com/recipe-the-fast-easy-and-tech-free-way-to-sous-vide-salmon-231061b

June 14 - sorrel frittata. I used leftover wasabi mashed potatoes (to which I had added chives) instead of raw potatoes, which is just as well because I forgot the onion. I also used ham instead of prosciutto, and didn’t measure anything carefully. https://cooking.nytimes.com/recipes/11013-frittata-with-sorrel-potatoes-and-prosciutto

June 17 - https://www.modernhoney.com/fettuccine-alfredo/. This was supposed to be amazing according to reviews. It was fine. I ate too much. But it wasn’t the best alfredo I have ever eaten.

June 19 - Polish sorrel soup (https://www.polonist.com/polish-sorrel-soup-szczawiowa/ ) this was pretty darned tasty. I didn’t bother using nettles or spinach, or running it through a blender. I used leftover mashed potatoes, sour cream and an egg. The egg really made it!

June 29 - https://simply-delicious-food.com/pasta-with-basil-cream-sauce-recipe/. This was disappointing. I was sure it would be from the moment I looked at the picture. There was no way that cream sauce had a cup of roughly chopped basil in it. Also - sage in my pasta? Savoury maybe! It didn’t help that I was using up a bit of whipping cream and had to add milk, that I had to abandon it mid-way because ballet was starting, that I didn’t want to dig out my blender so just used the immersion blender instead (and the mixture was too shallow in my frying pan for the blender to work properly), and I forgot the lemon juice at the end.

As I re-read the list, I see things I had already forgotten and want to try again. My sorrel has completely overrun my garden this year, so I need to make more soup, or the frittata, or both. I have already made the tortillas again

I feel like I have been super busy (I haven’t, just not sleeping well). As a result, no energy to update. But how about these nerds at the beach? I am jealous that Nadine’s robe has sparkly rickrack just like the costumes on the original series. She calls it her Uhura robe because it is as short as the original women’s costumes (without the hot pants). 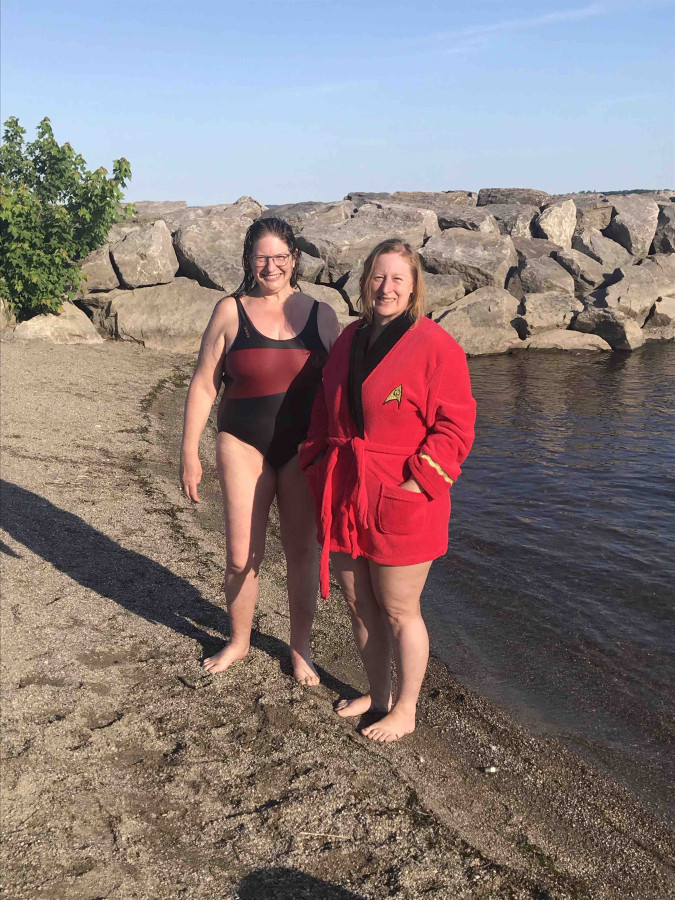 I ended up not swimming at all today. The first meeting was too early, but that was okay because there was a swim scheduled for a feted work. It was done long before I signed off for the day :(.

I did manage a lunchtime salad with greens from the planters I front of my house.

My wifi booster arrived today; and I can now sit on my balcony to work. That will be a nice change. I plan to set up my hammock as an alternate work space. I also got a couple of new books to feed my stupid hobbies (yay!).

I have been playing with Margarita recipes tonight. I haven’t got the right mix just yet, but I expect to sleep well.

For those who celebrate: happy Canada Day!